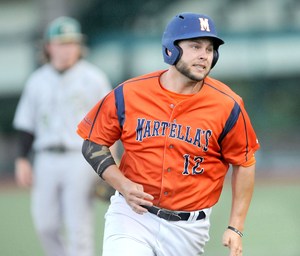 “I know my Pap would be very proud of seeing me with this award. It’s a blessing,” Williams said. “It’s an honor to be here, and I’m still in shock that I won. I’ll never forget this moment.”

The Martella’s Pharmacy veteran first baseman had an incredible effort at the plate as Martella’s won 14-13 over Paul Carpenter Capital Advisors.

Williams went 4-for-4 with two walks, four runs scored and four RBIs. Among the hits was a towering solo homer over the left-field screen in the eighth and a run-producing double down the left-field line in the first
http://www.tribdem.com/sports/barber-williams-take-point-stadium-honors-as-majors-calls-on/article_27d01702-ce4c-11e6-8f71-83aa40aec9b8.html Source: Tribune-Democrat
Print